Rugby Club Nijenrode is the oldest and most traditional sports club on the Nijenrode estate which was founded in 1947 by Sir David John Scratton, boasting more members than any other committee within the Nieuwe Compagnie van Verre. RCN is a men-only club which requires all members to go through an introduction period to earn their position within this committee. The importance of RCN to Nijenrode is unquestioned, having our own corner in our beloved bar and a personal field where we play home games – het Heilige gras. All true men of the Nieuwe compagnie van Verre become a member of Rugby Club Nijenrode.

RCN has two aspects of it: the sporting side and the non-sport side. Hence, we have two different members, the playing member and beer member. For our playing members we organise weekly training sessions in preparation for our matches in the NSRB Jonghe Honden competitie or friendly matches against both student and regular teams. In the glory days (1970’s) RCN competed in the highest playing

level of the Netherlands, with some players even getting drafted for the national team. With a change in culture in the club with a more social focus, level of play has decreased. Over the past few years a revival under the guidance of the past few boards has seen a balance between playing and drinking return. Within the RCN 2 large social events are organised annually – Bacchanaal & Bier cantus (the latter in collaboration with the ladies from Hockey Club Nyenrode) which are incredibly fun times nobody will soon forget. Furthermore, we organises men only nights in the bar (Heeren Avond), where Rugby is the main focus of the evening. Hard & Laag 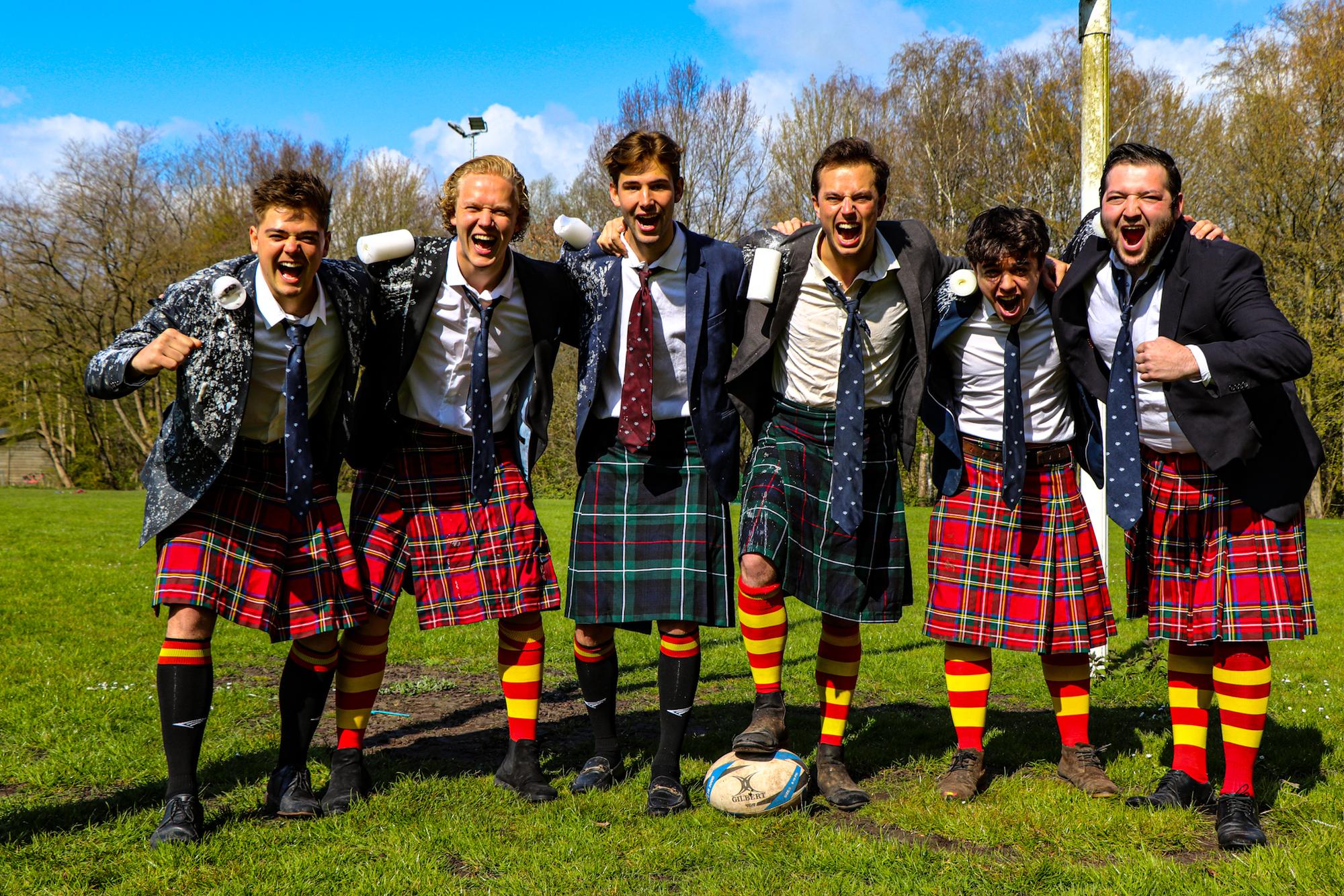